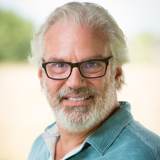 Formerly Dean of the College of Performing and Visual Arts at the University of Northern Colorado, Dr. Svedlow was previously the Dean of the College of Visual and Performing Arts at Winthrop University, President of the New Hampshire Institute of Art, and Assistant Director of the Museum of the City of New York.Dr. Svedlow completed the MLE Program in the Harvard Graduate School of Education’s Institute for Higher Education and was a member of the American Association of State Colleges and Universities’ Millennium Leadership Initiative 2002. He has directed and administered museum and education programs for the Smithsonian’s National Museum of Design, the Museum of the City of New York, and the Mulvane Art Museum at Washburn University.

Dr. Svedlow was an International Council of Museums/USIA exchange partner in Australia, he was a Research Fellow with the Smithsonian Institution, and he has participated in a cultural exchange between business and civic leaders in Niigata, Japan.

A teaching specialist in Chinese and Japanese aesthetics and art history, Dr. Svedlow is also a member of the Asian Studies Faculty.

Professor Svedlow has recently published two books: Thirty Works of Art Every Student Should Know and Readings in Art Appreciation, as well as research articles on aesthetics, art history, art education, museum education, and arts administration. His publications include articles on lifelong learning, reveries on aesthetics, and the history of art museums in America. His art criticism has appeared in such journals as American Artist, the New Art Examiner, and the Kansas Quarterly. He wrote a chapter on Japanese aesthetics for the book, Teaching Asian Art published by NAEA. A painter and printmaker, Dr. Svedlow’s artworks have been exhibited in galleries and museums in Colorado, North and South Carolina, New York, Connecticut, Massachusetts, Pennsylvania, New Hampshire, Kansas, Missouri, and in Ukraine. His exhibition titled Tea opened in February 2008 at the Tointon Gallery in Greeley, CO. In 2008 and 2014 he was an artist in residence at the Banff Centre in Alberta, Canada. He had a one-person exhibition titled “Illumination,” forty works on paper inspired by medieval Hebrew manuscripts which opened at the Mari Michener Gallery and his exhibition Fragments was held the L’viv Academy of Arts in Lviv, Ukraine. He was an artist-in-residence at the Stonehouse Residency for Contemporary Art in California and he maintains a studio at Artworks Loveland. His most recent one-person exhibition, Rememberance was held at the Loveland Museum/Gallery and the Mizel Museum in Denver, CO.