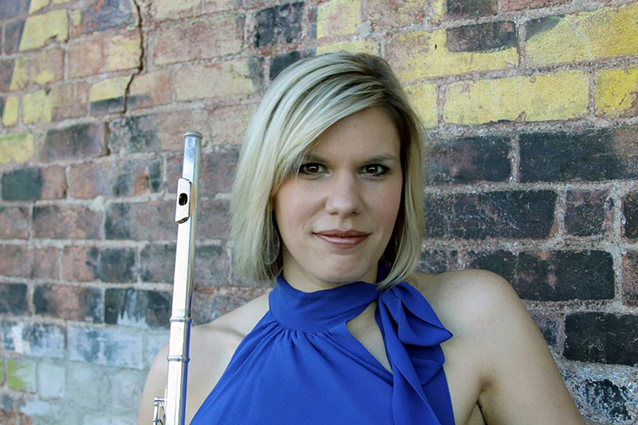 UNC School of Music grad Brielle Frost has been appointed as a Lecturer at University of Texas-Rio Grande Valley in Brownsville, Texas. An active musician and teacher, Brielle has performed throughout the United States, Brazil, Italy, and Costa Rica and has performed at festivals and conventions such as the Festival de Música Contemporânea Brasileira, Puccini Festival, MahlerFest, the Atlantic Music Festival, the Aquila Summer Concert Series, the Rocky Mountain Regional Meeting of the American Musicological Society, and the National Flute Association Convention.

As an orchestral flutist, she has been a substitute flutist/piccoloist with the Topeka Symphony Orchestra in Kansas as well as the Midland-Odessa Symphony Orchestra in Texas. In addition to teaching and orchestral performing, Brielle is an active chamber musician and is a founding member of the Ambrosia Flute Trio. She studied with Dr. James Hall, UNC Professor of Flute.