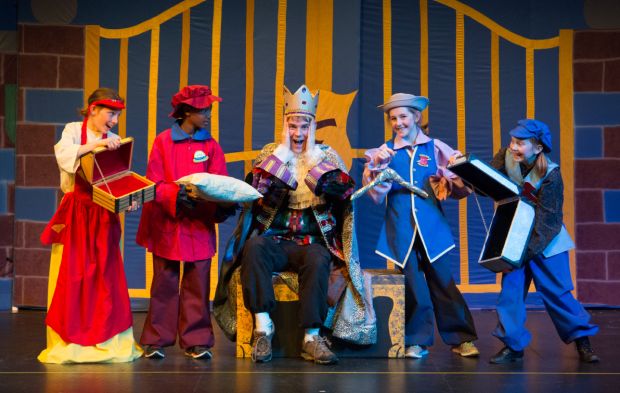 UNC Theatre Education alumnus Matt Loehrke has been named Arts Educator of the Year at the 2019 Missoula Arts and Cultural Awards. Congratulations, Matt!

"While MCT has always practiced inclusive casting, MCT education director, Matt Loehrke, has sought to expand MCT’s offerings to students living with disabilities. Through Loehrke’s projects with the Department of VSA and Accessibility at the John F. Kennedy Center for the Performing Arts, he learned about the work of 4th Wall. VSA seeks to promote the creative power of people with disabilities. With former VSA Montana Executive Director Alayne Dolson’s guidance, he created a workshop called Acting in Oz, which was developed in 3 Missoula middle school special education classrooms. That workshop was added to MCT’s International Tour and over 200 students across the country have participated in it. Loehrke stated that the pivotal feedback from educators about the Acting in Oz workshop was the noticeable improvement of communication skills in kids who participated."