Over its long history, LTR has premiered a number of new musicals including Babes in Hollywood and One More For My Baby. In addition the company regularly provides its Northern Colorado audiences with regional premiers of new plays and musicals (My Way – A Tribute to the Music of Frank Sinatra, The Lady With All The Answers, God’s Man in Texas, Bad Dates, Doubt, Dogfight, etc.)

The theatre continues to receive numerous citations from the Denver Post, The Greeley Tribune and other regional publications for the quality of its production work.

The theatre is one of two theatre companies operating in Northern Colorado that employees guest artists who are members of Actor’s Equity Association.

Many well know entertainment professionals such as Nick Nolte, Steven Dietz, and Greg Germann got their start here at LTR. 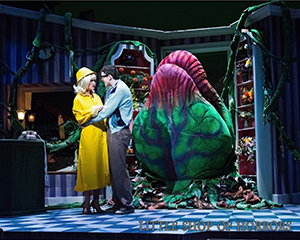 The Little Theatre of the Rockies was founded by Colorado State College (CSC) President George Frasier at the height of the Great Depression. LTR began as an adjunct to the summer Recreation Program of CSC (now the University of Northern Colorado) in 1934 and was one of President Frasier’s favorite projects. 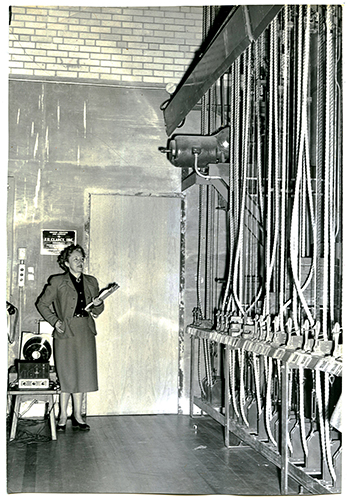 The high standards of Dr. Langworthy and her staff won immediate community acceptance and high praise from local, regional and national drama critics. By the early 1940s, LTR was well established regionally and served as a national model for methods and procedures of successful educational theatre and as a pre-professional experience for actors, directors, music/theatre performers, theatre designers and technicians, stage managers and teachers of secondary drama.

LTR suspended operations from 1943-1945, due to wartime limitations. LTR resumed theatre production in the summer of 1946. Following that summer, LTR expanded its producing program to a year round operation. The company first produced in a small theatre in Cranford Hall, formerly a chapel.

In March of 1949, the Cranford Theatre burned in an arson-set fire that destroyed nearly everything. The company had just completed the first dress rehearsal of a production of The Male Animal. Through the aggressive determination of all concerned, the production was pulled together with recreated settings, costumes, properties, lights and was presented at the Sterling Theatre in Greeley with a rousingly supportive audience of more than 900 people.

From 1949-1953 productions of LTR were presented in the Central High School Auditorium with all the ramifications and complications of sharing a facility.

During the spring of 1951, the proposed plans for Frasier Hall were made public. Construction began in November of that year. The Theatre in Frasier Hall opened in January of 1954 with the play Point of No Return.

The goals of the Department/School of Theatre Arts and Dance and the Little Theatre of the Rockies have remained relatively constant over the years. The Theatre Arts Program has provided strong pre-professional experience to actors, directors, dancers, music/theatre performers, designers, technicians and teachers, which has had a positive effect on the State of Colorado and the region.

In addition, the School of Theatre Arts and Dance and LTR continue to provide entertainment and cultural enrichment for UNC students and the surrounding communities.

Currently, the Little Theatre of the Rockies acts as a semi-independent professional summer stock operation and no longer functions as the sole producing organization for the academic Programs in the School of Theatre Arts and Dance.

The central mission of the Little Theatre of the Rockies is to provide the Front Range community with high quality professional summer stock theatre each season and to provide our current students, faculty, staff and alumni the opportunity to work alongside professional Equity and non-Equity actors and to inner-face with working professional guest designers, musical directors, musicians, dramaturges, stage managers, directors and choreographers.

The goals and objectives of the Little Theatre of the Rockies are as follows: