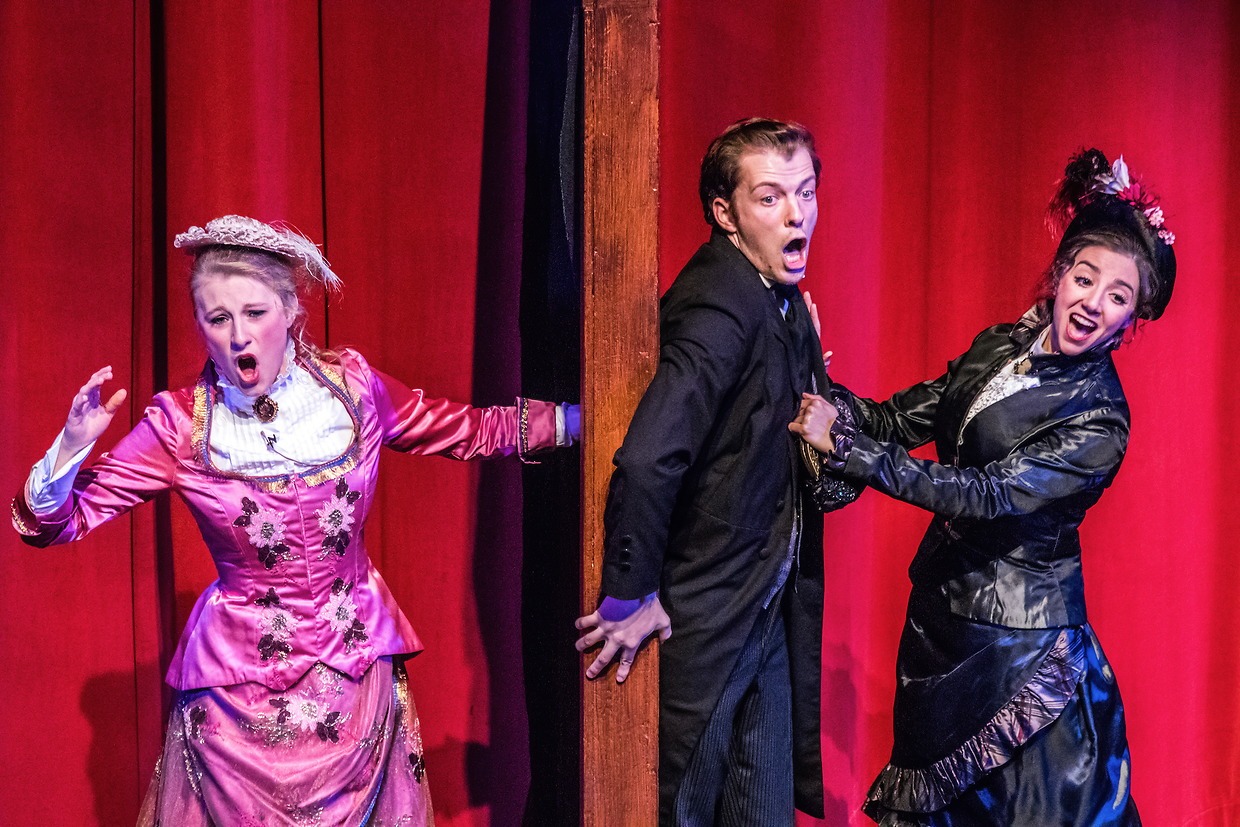 Madison Fuller has been cast as Phoebe in the national tour of Friends: The Musical Parody. The tour plays Fort Collins in January

Carly Valancy and Nicolas Steven King begin their national tours of the musical Elf in November.

BJ Abernathy has joined the national tour of the musical Waitress as a lighting technician.

Beth Malone will play Ariel in a special November presentation of The Tempest by the Old Globe Theatre of San Diego and the LA Philharmonic Orchestra.

Scott Foster, who just ended his Broadway run in Getting the Band Back Together has been cast in the November production of Looking for Christmas at the Old Globe Theatre in San Diego, CA.

Scott Kruise has booked a recurring role on ABC's MARVEL: Agents of S.H.I.E.L.D. Scott will appear in 4 episodes in the sixth season, airing in the spring of 2019.

Mollie Evensen is appearing in a national commercial for 1800 contacts.com.

Cat McWhirter has been added to the cast of Carowinds Winterfest musical Holly Jolly Trolley Show in SC.

Grace Elaine Hutchings is currently appearing in the play Endeavor Mind at the Den Theatre in Chicago.

Patrick May just completed performing in the farce Run for Your Wife at the Hunterdon Playhouse in Hampton, NJ.

Shelbi Weaver has been hired by the Chicago Performing Arts Academy as an Audition/Acting Coach.

Harrison Butler has been appointed the Executive Director of Theatre of Arts Hollywood in CA.

Jahmad Khalil has been hired as a performer for Norwegian Cruise Lines.

Corbin Payne and Cody Mowry have been cast in the Off-Broadway production of Cleopatra which opens on November 7th in NYC.

Jake Corcoran has been cast in the upcoming North Shore Musical production of Hairspray.

Emily Van Fleet has been cast in the Arvada Center’s upcoming productions of Educating Rita, The Moors and Sin Street Social Club.

Danny DiTorrice has been cast in the LA premiere of the new Mark Curran musical Forever Brooklyn. The production plays Saturday nights January 5th through February 9th 2019 at the Whitefire Theatre in Sherman Oaks, CA.

Talia Liccardello has accepted a new position as the Drama Director at Littleton High School in Denver.

McKayla Marso just choreographed a production of the musical A Christmas Story for the Boulder Dinner Theatre. Leo Battle is in the cast.

Adriane Wilson has been cast in the Arvada Center’s production of Elf directed by alumnus Gavin Mayer.

John Fiscian is appearing in the Atlanta Opera production of West Side Story.