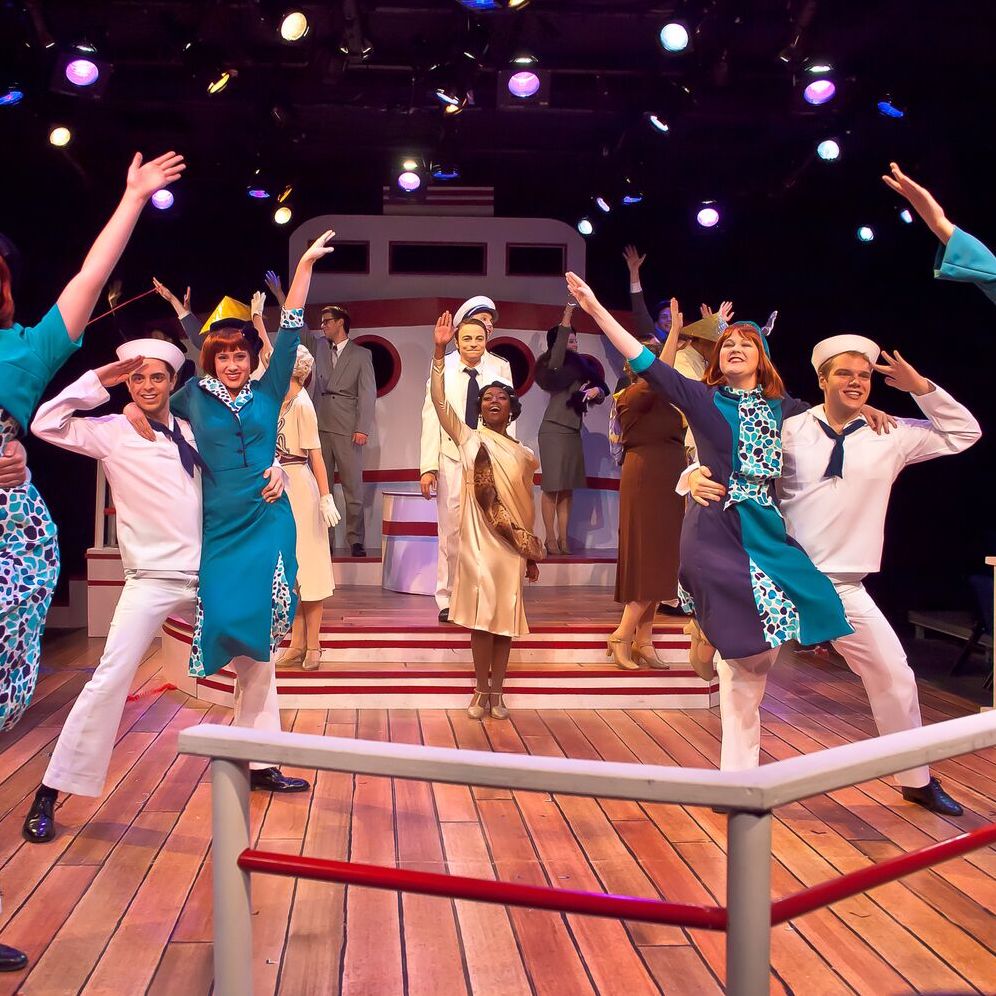 Erica Sweeney will join the Broadway cast of Harry Potter and the Cursed Child in March. This will be Erica’s third Broadway production.

Andy Kelso has returned to the role of Charlie in Kinky Boots and will be with the show until it closes in April. Andy was a member of the original cast. Alumnus Joshua Buscher is also in the current cast. That gives UNC five alumni currently on the Broadway stage at the same time.

James May has been cast as George in the upcoming national tour of Kinky Boots.

Jamie Ann Romero just appeared in episode 7 of the Netflix series “House of Cards” and in an episode of “The Punisher.”

Autumn Hulbert is appearing in a production of Elf at the City Springs Theatre Company in GA.

Theatre O will stage the World Premiere of Cabaret Kalisz, written by STAD alumna Christine Brenner November 9 thru 18 in Boulder.

Teya Patt recently appeared on an episode of the ABC Television show “How to Get Away with Murder.”

Logan Hurd recently appeared in a production of Troilus and Cressida at The Theatre Under St. Marks in NYC.

Theresa Keller has been cast in the January production of Spring Awakening for Uptown Players at Moody Performance Hall in Dallas, TX.

Pearl Thomas recently guest starred on an episode of the TV Show “Happy” on the Syfy Channel.

Mike Martinkus has been cast in the upcoming Openstage production of Avenue Q in Fort Collins.

AJ Voliton has been cast in the Aurora Fox Arts Center production of Hooded or Being Black for Dummies in Denver.

Justin Michael Terry recently performed in a production of Hang Man at the Bull & Bearer Theatre Co. in LA.

Devin Whitten has been cast in a production of Sylvia at Stageworks in Houston, TX.

Tiffany Van Cott recently appeared on an episode of the TV show Shameless.

Tim Oakes has been cast in the 24th Street Theatre’s production of The Miraculous Journey of Edward Tulane in Las Angeles.

Ryan Dinning appears in the new film Dumplin which is now available on Netflix.

Nate Foster was just awarded an internship with the Public Theatre of NYC.

Brenna Larson will voice two of the care bears characters in the new animated series.

Paulo Chiossi, Hanna Williamson, and Jasmine Middleton were selected for student fellowship at the annual TYA/USA One World Conference in Atlanta, Georgia, in May

Jenna Moll Reyes is in a new TV commercial for SCL Health.

Kevin Kantor has been cast in the American Premiere of Things I Know to be True at Milwaukee Repertory Theatre.

Keir Kirkegaard is currently appearing in a musical spoof of the movie “Edward Scissorhands” at the Rockwell Theatre in LA.