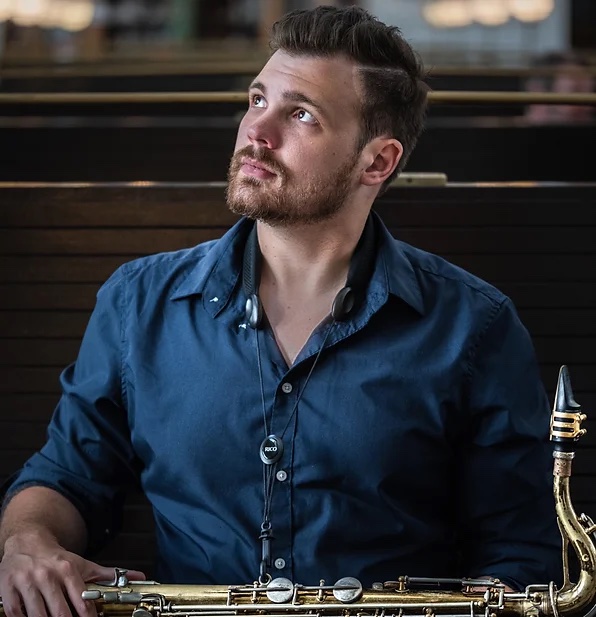 David Bernot, a first-year doctoral student in our Jazz Studies program, recently won the Carinthian International Jazz Award Saxophone Competition. He was invited to Klosterruine Arnoldstein, a beautiful 11th-century castle ruin restored into a charming small concert hall, in Carinthia, Austria, to compete with three other accomplished young saxophonists for a cash prize. Against competitors from Thailand and Hungary, Bernot received 1st place as well as an Audience Award with his selections: an uptempo bebop composition “Little Willie Leaps” by Miles Davis, a medium swing jazz standard “Just Friends” by John Klenner, and his own composition “I Count On Them,” an upbeat and feel-good piece which can be heard on David’s album.

David Bernot has been building his career in Denver since moving to Colorado in 2012 and is currently pursuing his Doctorate in Jazz Composition at UNC. He performs regularly around the state, and his debut album Never-Ending Cycle was released in partnership with Nocturne Jazz Club in March of 2022, featuring Bernot's own compositions and arrangements played by a group of renowned Denver jazz musicians. This competition is not the first time David Bernot has received recognition for his talents; he has twice won Herb Alpert Young Jazz Composer awards as well as and the Jazz Soloist competition at the University of Denver Lamont School of Music.