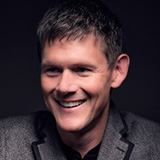 A man of many passions, Erik Applegate is a bassist, composer, and songwriter. His latest album, Two’s Company, was featured in Jazziz Magazine. Current projects include touring and recording with the Dana Landry Quartet and Born To Wander (an indie jazz & Americana trio), creating a jazz “concept” album, and contributing to an upcoming Julia Dollison big band project.

Red Skies, Applegate’s debut CD, reached #2 on the Roots Music Report, and he is heard on albums including Steve Owen’s Stand Up Eight, Dana Landry’s Grammy-nominated Journey Home, and 7ON7’s Back When It Was Fun.

Music, video, and further info is available at www.erikapplegate.com.