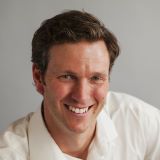 Violist Matthew Dane enjoys a career of both teaching and playing. Living in Boulder, Colorado, he is Principal Violist of both the River Oaks Chamber Orchestra (TX) and Opera Colorado as well as a member of the Boulder Piano Quartet.

Teaching has long been a great interest and mission. Matt earned tenure as Associate Professor of Viola at the University of Oklahoma and served on the faculties of both the University of Colorado and Metropolitan State. His former students have been accepted for further study at major US string programs and are employed as players and teachers around the country. He actively maintains a private teaching studio in Boulder and is the Chamber Music Director for the Greater Boulder Youth Orchestra. In summers Matt teaches his own Boulder Violist Session and at Greenwood Music Camp, having previously been on the faculties of Texas Music Festival and Musicorda among others. He is inspired to teach by his own principal teachers: Philipp Naegele, Hatto Beyerle, Wayne Brooks, Karen Ritscher, and Martha Katz.

Among violists nationally and internationally, Matt is proud to be a community organizer. He served the American Viola Society as both a Board member and the Editor of its peer-reviewed Journal, and is currently on the Board of the Rocky Mtn Viola Society. His Doctoral Document, which examines the teaching influence of Karen Tuttle, circulates among amateur and professional violists nationwide.

Recently Matt has become fascinated by the viola d’amore. He plays two instruments: one built for him by renowned luthier Martin Biller in 2013, the other a J. U. Eberle from 1731. Various universities around the US have hosted his recitals and lectures on the viola d’amore’s history and repertoire. Matt enjoys exploring repertoire from the Baroque and has also premiered a dozen new works for the instrument, including a double concerto by Marcus Maroney.

More information can be found at www.daneviola.com.