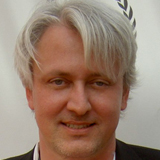 An award-winning composer, conductor and music producer, Ludek Drizhal has received international acclaim for his wide-ranging scores and arrangements. Born in Prague, Czech Republic, Drizhal started studying violin at age five. Shortly before turning twenty Drizhal relocated to the United States where he immediately began performing as a concert violinist with a number of symphony orchestras, working with the likes of Marvin Hamlisch, Bobby McFerrin and Lynn Harrell. His virtuosic violin performances, as well as his piano and guitar accompaniments can be heard in numerous recordings and in works of other composers, and he has conducted for and recorded with many orchestras including the Slovak Radio Symphony, The Golden Hornet Project of the Austin Symphony, USC Symphony Orchestra and the Hungarian National Symphony. Today he frequently records and guest-conducts with the Czech National Symphony Orchestra and the Prague Metropolitan Philharmonic Orchestra.

In 2007, the comedy/drama Rounding First won Drizhal an award at the Park City Film Music Festival. After scoring the Lions Gate film Simon Says with director William Dear (Angels in the Outfield), Drizhal went on to work with director Francesco Lucente on the drama Badland which was nominated for best score and best picture at the Milan International Film Festival. Drizhal’s song “Nothing’s There” written for the film was considered in the original song category for the 80th Annual Academy Awards. In 2010 Drizhal worked with BAFTA award-winning writer/director Tim McCanlies (Iron Giant, Secondhand Lions), scoring his film Alabama Moon which opened in April 2011 in selected theaters. He has currently re-teamed with Tim McCanlies on his new Christmas film When Angels Sing and with Francesco Lucente on a fairytale/fantasy entitled, Starbright.

Drizhal has worked over the past several years with highly acclaimed Polish writer/director and President of the World Cinema Alliance Jacek Bromski. Drizhal’s score for Bromski’s U Pana Bogaza Miedza (God’s Little Village) was the No. 1 selling soundtrack in Poland in the summer of 2009, and he recently completed the score for Bromski’s new high-profile thriller Uwiklanie (Entanglement) that opened in Europe in July of 2011.

In addition to his film scores, Drizhal has written and produced many original compositions and arrangements for recording artists, including Valencia Vas’ debut album Reflections, which was praised by Billboard magazine. The single “When The Sun Comes Up” which Drizhal wrote and arranged, reached Top 10 on Adult Contemporary Radio ahead of such established artists as Rascal Flatts, Paul McCartney and John Mayer. Drizhal also recently arranged and produced a debut album of Italian folk-songs for Olimpia Lucente titled Desiderata which will soon be released in Italy, Germany and Spain, and collaborated as a producer with Spencer Gibb and Aaron Frescas on Gibb’s first and second solo albums. These three albums were arranged and recently recorded in Prague with the Czech National Symphony Orchestra.