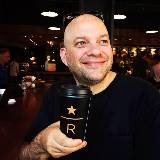 Reiner Krämer is a teacher, scholar, music theorist, composer, and programmer, or music algorist for short. He earned a Ph.D. in Music Theory with a related field in Computer Music at the University of North Texas (UNT), and completed a two-year position as a Postdoctoral Researcher within the Music Technology department at McGill University’s Schulich School of Music working at the Single Interface for Music Score Searching and Analysis (SIMSSA) project. For SIMSSA he led an interdisciplinary research team of doctoral, masters, and undergraduate students. While in Montréal, he was a member of the Centre for Interdisciplinary Research in Music Media and Technology (CIRMMT). His research interests include computational music analysis, computer music, popular music, counterpoint, and algorithmic composition.

Aside from teaching at the University of Northern Colorado’s School of Music, Reiner Krämer also teaches the History of Rock Music at Metropolitan State University of Denver. He has previously worked at Northeastern State University (Tahlequah, OK), where he taught music technology, music arranging, music appreciation, and rock music history courses. He also taught music theory, new media, and music technology courses while being a graduate student at the University of North Texas. In addition, while at UNT, Reiner Krämer was a researcher at the Hybrid Arts Lab as part of the Initiative for Advanced Research in Technology and the Arts, and worked as a web programmer.

As a practicing musician, Reiner Krämer sang with the Orpheus Singers in Montréal, under the direction of Peter N. Schubert. In a previous life, he played saxophone and sang in various rock ensembles, while living in a van, touring the Midwestern and Southern United States. Currently, he still likes to sing and play the saxophone, flute, keyboard, and computer.