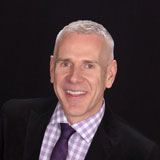 Under Landry’s leadership, UNC Jazz Lab Band I has been recognized by DownBeat Magazine seven of the last nine years, most recently in 2013 as “Best College Big Band.” Lab I was selected to perform at the Jazz Education Network Conference in Atlanta, Georgia in January of 2013 and toured the country of Romania during the summer of 2010. They have been invited to China in May of 2014 for a two-week tour, which will take them to five different cities where they will perform at some of the country’s major music venues.

Landry has performed with Milt Jackson, Bob Brookmeyer, Bela Fleck, Dick Oatts, Ingrid Jensen, Jeff Coffin, Eddie Daniels, Don Aliquo, Rufus Reid, Clay Jenkins, Bob Mintzer, Slide Hampton, Branford Marsalis, and others. He has appeared throughout the U.S. and in Europe and Australia, and can be heard frequently in a quartet with Steve Kovalcheck, Erik Applegate, and Jim White. Dana also co-leads the Colorado Jazz Orchestra and performs frequently with the Colorado Symphony Orchestra in both masterworks and pops concerts.

His first release as a leader, Journey Home, was nominated for a Grammy Award. The CD, which features vibist Gary Burton, received critical acclaim and reached #20 on the Jazz Week radio airplay chart. A CD tribute to Memphis musicians, titled Memphis Skyline and featuring bassist Erik Applegate and drummer Jim White, will be released in 2014. Landry can also be heard on a number of recordings as a sideman, the most recent being Stand Up Eight, which is the debut album for Steve Owen released by OA2 Records.

Landry spearheaded the implementation of the Bachelor of Music, Master of Music, and Doctor of Arts degree programs in Jazz Studies at UNC.