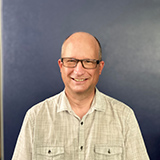 Andrew is a concert saxophonist, jazz improviser, and teacher. He has been featured as a guest artist and performer across the United States and East Asia, joining such distinguished ensembles as the Philadelphia Orchestra, the Capitol Saxophone Quartet, and the Gangnam Symphony in Seoul, South Korea. He has also served as a guest artist and frequent performer at the Aspen Music Festival.

As baritone saxophonist in the Capitol Quartet, he had extensive engagements with the Baltimore and Indianapolis Symphonies and participated in the commission and recording of Carter Pann’s Mechanics, Six from the Shop Floor, one of the three finalists for the 2016 Pulitzer Prize in music. The Quartet also released two CD recordings of new music by American composers: Flex: Five Works for Four Saxophones and Balance. He performed as a soloist and chamber musician in China and South Korea through various occasions including a U. S. State Department tour of China, while concertizing and teaching at major concert halls and music conservatories.

Andrew’s performances, recordings, and music editions of J. S. Bach’s Solo Cello Suites have received national and international recognition. Of many related projects, his virtual concert Bach, Poetry, and the Greater American Experience was commissioned and live-streamed on 17 May 2022 by the Aspen Music Festival and School.

Andrew has been invited to teach and give master classes in the United States and abroad at institutions including the University of Michigan, the Cincinnati Conservatory of Music, Indiana University, the Beijing Central Conservatory, and the Seoul National University of Arts. His students have been successful in advancing their degrees in prestigious graduate programs, performing as classical and jazz saxophonists, and teaching in K-12 and postsecondary schools.

Andrew has degrees in music and music education from the University of Michigan and a Doctorate in Music from the University of North Texas. His primary saxophone teachers were Larry Teal, Donald Sinta, Eugene Rousseau, and Jim Riggs. Andrew studied jazz improvisation with Tim Ries and clarinet with Andy Crisanti.