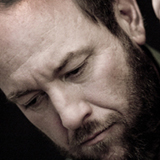 Eric is renowned for his teaching style and results and continues to teach internationally in camps and workshops such as Rockygrass Academy, Sorefingers (UK), the Yellowstone Jazz Camp, Grand Targhee Music Academy, Augusta Heritage Center, Nimblefingers Sorrento (BC, Canada) as well as privately.

Eric lives in Lyons, Colorado with his wife, fiddler Jessie Burns. He has co-led the bluegrass jam at Oskar Blues on Tuesday nights for nearly ten years and continues to do so when he’s not touring.