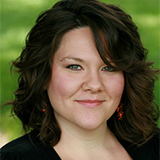 Mary Kathryn Brewer received her Doctor of Arts degree in Voice Performance with a secondary emphasis in Speech-Language Pathology from Ball State University in 2016. She completed a Masters at Bowling Green State University and a Bachelors at Anderson University, both in voice performance.  She currently teaches voice and related subjects at the University of Northern Colorado. She previously taught at the University of Missouri, Anderson University, Taylor University, and Ball State University. Dr. Brewer’s opera roles include Felice in Ermanno Wolf-Ferrari’s School for Fathers, Greta Fiorentino in Kurt Weill’s Street Scene, and Mrs. Ford in Otto Nicolai’s Merry Wives of Windsor. She also premiered the roles of The Messenger in Rick Vale’s opera The Vagrant and Yasuko Shimazaki in Herman Whitfield III’s Midsummer. She has performed with the Indianapolis Opera, Indianapolis Chamber Orchestra, Indianapolis Symphony Orchestra, Anderson Symphony Orchestra, Anderson Symphonic Choir, and the Muncie Masterworks Chorale. She is an active soloist in the Midwest and Southeast and has placed in several state, regional and national vocal competitions. Dr. Brewer is currently publishing her book, The Art Songs of Giuseppe Verdi: A Catalog of Texts and a Musicological Analysis with Edwin Mellen Press. In her spare time, she loves to travel and spend time with her two dogs, Poochini and Moose.