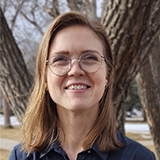 Sally Murphy enjoys an active and versatile career as a cellist, teacher, and chamber musician. At UNC, she teaches cello, chamber music, orchestral repertoire, and other academic courses within the School of Music. Previously, she served as the Instructor of Cello and Bass at Murray State University and as an Associate Instructor at Indiana University. As a performer, she engages with a dynamic range of repertoire in both solo and chamber recitals. Performing with the Center Piano Trio, she was featured in Lewisville Lake Symphony’s International Chamber Series. During her time at the University of North Texas, she was a member of the Bancroft String Quartet and appeared as a guest artist with the Baumer String Quartet. Sally was the winner of both the Colorado State and West-Central divisions of the MTNA Young Artist Solo Competition. She has held several orchestral positions, including the Greeley Philharmonic, the Cheyenne Symphony, the Owensboro Symphony, and the Paducah Symphony.